The first layer of air purifier filter mainly absorbs small dust particles and hair and other substances in the air.

It is composed of very small glass fiber interwoven (air filter material similar to filter paper), a stack of subglass fiber membrane which is folded back and forth in a series of layers and folds, to expand its surface area and increase the capture efficiency of particles in the air, so as to remove mite dust, pollen, bacteria, second-hand smoke, dust and other small particles.

Activated carbon filter also load a variety of technologies, such as cold catalytic technology, this technology can be directly to formaldehyde, ammonia, toluene, xylene, hydrogen sulfide and TVOC and other harmful gases into harmless water and carbon dioxide, the carbon cold physical adsorption and catalytic decomposition, under the dual role of effective removal of formaldehyde, will not cause secondary pollution.

The carbon core filter adopts the technology of carbon core forming and loading, without adding any tar and other adhesives, it is non-toxic and harmless, and will not cause secondary pollution.And the conventional activated carbon filter mostly use tar bonding molding, not only the carbon particles less porous, easy to be blocked by tar, poor adsorption performance, and easily cause secondary pollution. 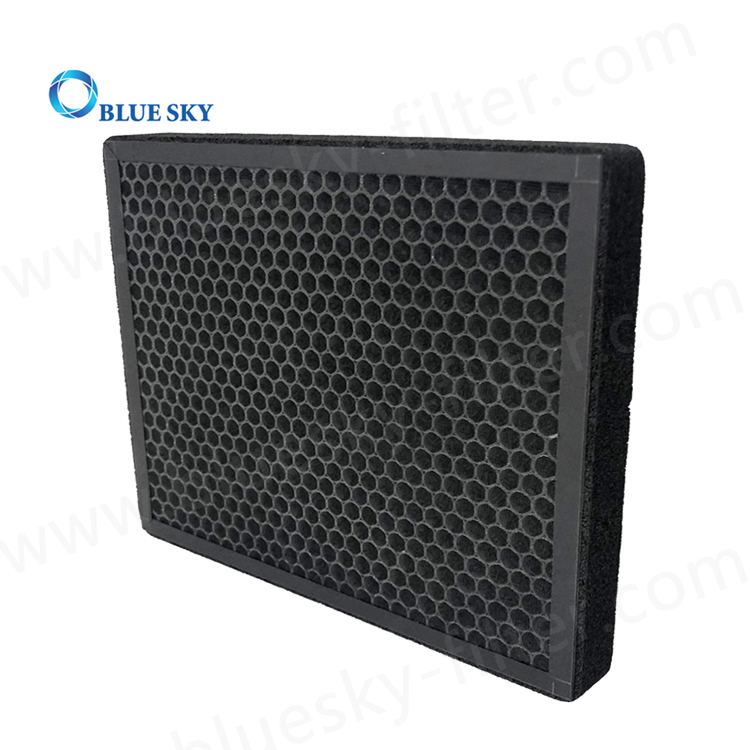