How does the filter work? 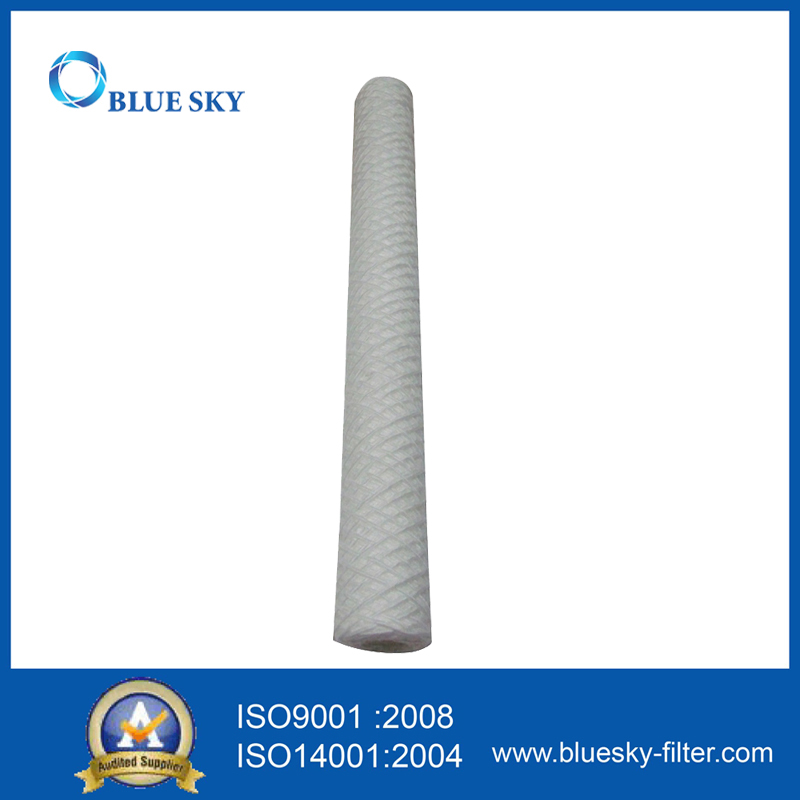 Water is one of the most important substances on the earth. It covers 71% of the earth's surface.Water is vital for agriculture, science, medicine, transportation, heating, entertainment and food processing, as well as for washing, and perhaps most importantly for drinking water.

For most of us, drinking water comes from treated municipal water supplies, which are safe but often have unpleasant smells and odors that come from chemicals like chlorine, which are used to disinfect water and keep it bacterial-free.Depending on where you live, you may also find that your tap water deposits scale, clogging pipes and damaging appliances.These problems, the taste/smell of chlorine and the formation of lime, are just two of the many other common water problems that can be solved by water filtration.But how do water filters work?

The basic idea of mechanical filtration is to use a barrier to physically remove sediment, dirt, or any particles from the water.Mechanical filters can be anything from basic grids for filtering large fragments to ceramic filters with extremely complex pore structures for ultra-fine filtration of pathogenic microorganisms.

A filter that USES mechanical filtration is usually assigned a micron scale, which indicates the effectiveness of the filter based on the size of the particles it can remove.Common ratings include:

5 microns - removes most particles visible to the naked eye.

1 micron - removes particles too small to be seen without a microscope.

0.5 micron - cysts (giardia and cryptosporidium) can be removed.

Carbon adsorption is the most common in water filters, which can efficiently absorb pollutants in water.The reason carbon absorbs pollutants so easily is that it has a large internal surface, full of corners and cracks, that can trap chemical impurities such as chlorine.

The most common household water filters contain granular activated carbon (GAC), which can be absorbed to reduce unwanted smells and odors.The more expensive filters use carbon block cartridges, which are usually more efficient and often contain micron-sized particles for removal.

Various substances can be used to make carbon filters, including wood and coconut shells, which are more efficient but also more expensive.

Scale inhibitors are not suitable for all applications because of the presence of hard minerals in the water.Instead, soft water using ion exchange process is usually suggested alkalinity in the water area of more than 180 PPM level is very difficult to (water) and the application of the water at a constant temperature of 95 ° C above.

Chelation is the act of separating a substance chemically.Food-grade polyphosphates are often used in antiscale filters to isolate calcium-magnesium minerals that cause scale and corrosion.However, polyphosphates are usually introduced in very small quantities, and they inhibit rather than remove scale from roots.This means that polyphosphates do not soften the water, but instead keep the minerals in the solution and prevent them from forming scale on any surface they come into contact with.

The most commonly used is an ion-exchange resin, which is usually in the form of small beads.A similar type of resin is used as a water softener. In the case of a water softener, the resin USES sodium ions, which need to be charged regularly to prevent the resin from failing.Since the filter is usually sealed, you only need to replace it with a new one, and the calcium processing unit (CTUs) can be returned to the supplier for regeneration.

Reverse osmosis (RO) is the process of removing dissolved inorganic solids (such as magnesium and calcium ions) from water, forcing them under pressure through a semi-permeable membrane to allow water to pass through, but most contaminants are left behind.

Reverse osmosis is a very effective method of water purification, usually combined with mechanical (sediment) filter and adsorption (activated carbon) filter and other filters, so that the water reflux residual pollutants less.

The reverse osmosis system USES water pressure to force water through the membrane, so no electricity is needed, although it produces a certain amount of waste water that must be discharged into the sewer.The additional filters used in the multistage water filtration process make reverse osmosis devices more expensive than other filtration methods, but RO provides the best filtration level in applications requiring 99.9% pure water, as it is increasingly used to process coffee.