How does a vacuum cleaner work?(2) 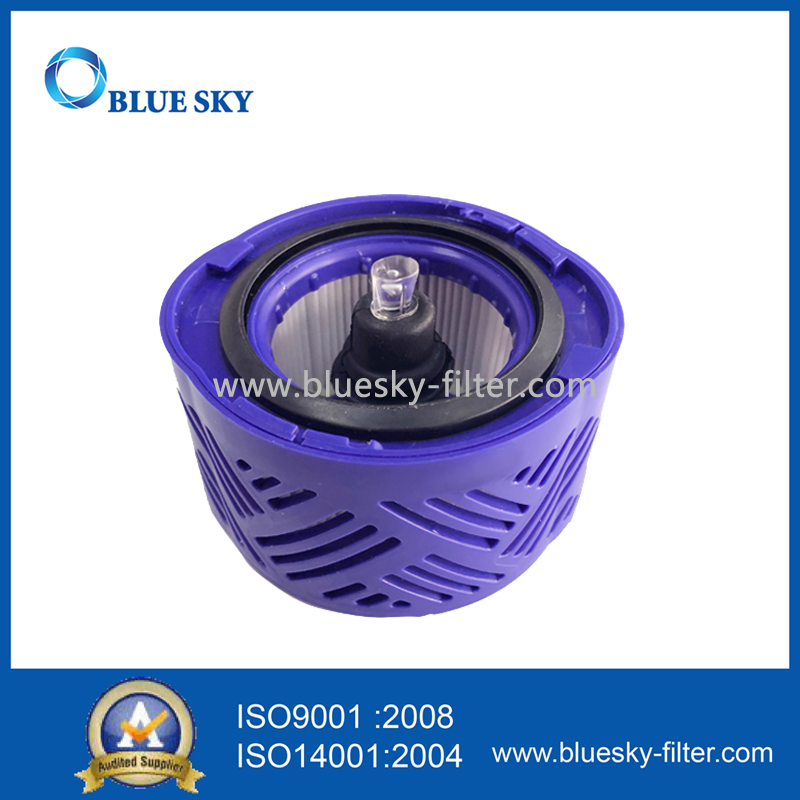 Until the late 1980s, when most vacuum cleaners used this "vacuum and bag" technique, another British engineer, James dyson, decided it was time to do better.

The problem with old vacuum cleaners is that they take in dirty air and blow it straight into the bag.The bags get dusty, and the relatively clean air (which is usually still dusty) floats back into the room.The longer you use the vacuum, the more the bag will fill.As the bag fills, it will hold less air, so its ability to absorb more dust will gradually diminish.The longer you don't empty your vacuum, the worse the problem becomes.But emptying a bag can be a hassle -- dust can fly everywhere!

Dyson decided to solve the problem by throwing away the bag completely.By then, he was a successful inventor, making his own plastic garden equipment.His factory in the west of England was plagued by dust, so he designed a "cyclone" air filter to keep it clean.Using a powerful fan, it sucks in dusty air and spins like a centrifuge.Rotating dusty air is an effective way of separating dust from the air.In the washing machine, the same principle applies to spinning water out of clothes at the end of the cycle.As the drum spins at high speed, the clothes are thrown to the rim of the drum, and the water inside is forced out through the holes in the drum.The same idea proved effective in dyson's air filters.Rotating dirty air separates heavy dust particles that can be captured and collected;Clean air can then be piped back to the room.Dyson's machine was so efficient and successful that he wondered why vacuum cleaners did not use the same idea.He decided to invent a vacuum cyclone on the spot.

It should be noted that dyson did not invent the use of cyclones to remove dust from the air.In fact, if you look at his original patents (vacuum cleaner appliances, 1983), he cites quite a few earlier inventions (" prior art ").Kent made it clear that one of his goals was to "provide a machine...Use the principle of "cyclone dust collector" to avoid the use of screen.

Dyson didn't invent the bagless vacuum either.As early as the 1930s, Edward h. Yonkers jr., of Evanston, Illinois, noticed "how the resistance of air through the bag increases during the normal course of dust accumulation."To solve this problem, Yanks proposed a vacuum cleaner with a precision paper filter in which "the air rotates around the conical filter to centrifugally separate the heavier particles of dust" and collect them in a simple bagless container.His invention to become very successful FilterQueen ®, about 40 years earlier than Dyson!

What exactly did dyson invent?His genius was to apply these two principles to relatively compact household vacuums and convince people that they were more efficient than the vacuum cleaners they were used to.This is as much about marketing as anything else -- all great inventions are.

In the late 1970s and mid-1980s, dyson built no fewer than 5,127 prototypes of cyclone cleaners.By the late 1980s, he was selling a bright pink cyclone detergent called g-force in Japan.It was big, bulky and expensive, but it made him enough money to develop a more compact and economical cyclone vacuum, called DC01.In the mid-1990s, the new machine won numerous design awards and quickly became the UK's biggest-selling vacuum cleaner - machines based on this design are now sold worldwide.

The secret is simple: because there are no bags to clog up dust and dirt, the machine maintains a fairly constant airflow (informally, we say it has exactly the same suction).You still need to empty your trash cans regularly, but the cyclone effect means that a dyson with a full trash can is just as good as one that has just been emptied.

All this shows that no matter how good an invention looks, someone can make it better!